One of my favourite cities on Earth is the stinking, sprawling, completely corrupt, Phnom Penh. It has a fun lawlessness about it that's been lost by the other big South-East Asian cities, and I strongly suggest its exploration before China develops it into oblivion. I'm only stopping by for a few days, and I've managed to purchase myself a cigar from a toothless, octogenarian, street vendor. I'd initially waved her off, but then spied a light-tan little beauty towering above the soft-packs of Texas 5 and Marlboro. I asked her if it was a cigar of unrivaled finery, at which she ran it under her nose and smiled, knowingly, saying "best cigar, sir, American! Very best". I produced two crisp US dollar bills, and stole away with my prize. The addition of flame will tell if the Phillies Titan I've procured is indeed the splendid smoke I was promised. 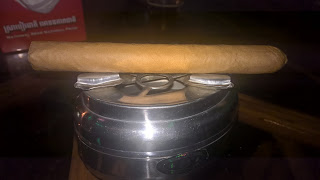 I wasted years of my late twenties working on a depressing and dangerous plant in rural Queensland, where my social life involved attending dive bars with other sad workers, where we'd occasionally meet even sadder girls. One of my colleagues, Joey, was a patched Neonazi who waxed fantastic about his hatred for all non-whites, which somehow included communists and homosexuals. Joey was well below average height, walked with a limp, had facial ticks, and was floored by basic annunciation. None of these shortfalls held him back with women, whom he chatted up with the ease of a much more competitive specimen. They would coo with delight at his swastika and totenkopf tattoos, even finding agreement with his well-rehearsed schtick about the New White Genocide. One night, at our usual haunt, Joey came bounding over with two girls in their mid-20s; one bouncy and blonde - Sara - and a sour looking brunette - Mara - with her bottom lip turned out into a grotesque scowl. We all made chit chat, with Sara and I making very nice, and Joey deliberately antagonising the already upset Mara.

The Titan is a wonder to behold, beautifully wrapped and constructed in sheets of what looks like fresh vinyl. Unlit, it smells like a cigarette, and under the flame gives initial hints of clove and extremely mild tobacco. I notice a sudden saccharine tang on my lips which, after investigation, turns out to be from the wrapper. A sweetened wrapper? It's like pairing a cigar with a glass of Fanta and, with the clove's sweetness already cloying on my palate, makes for a strange first inch. 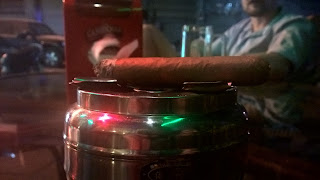 Some time later, Sara and I walked home with linked arms as Joey, who was angrily questioning the scowling Mara's lineage, deflected Mara's retaliatory threats of getting her bikie brother down to 'sort him out'. We ended up walking home past the high walls of a park which was known town-wide as 'Rape Park'. Sara and I skipped about 100m inside to take care of some business, while Mara screamed at her to come back. We found a seemingly quiet patch, and started to undress each other while sloppily making out. After two minutes I looked up and saw a group of six delinquents staggering our way, making "ooooo a-what have we HERE" comments, and laughing loudly. I hauled Sara to her feet and started to walk her briskly back to the entrance, just as one of the group ran up and grabbed me by the arm.

Rapist: Hey bro, nice work on the pull. How about laying her down so we can all run through her?
Me: Ahhh man, we don't want that. Have a good night, okay?
Rapist: *standing in front of me, arms folded* NO. Lay that slut down, so we can fuck her. NOW.

The most remarkable thing about the Titan is the burn which, though belied by the photos, creeps on a symmetrical plane down the shaft as if cut by laser. Whichever master rolled it should lend their skilled hands to a marque of much higher quality. At the midpoint there is no flavour development, except that the clove has given way to mild tobacco, and the sugar has dissolved from the cap, leaving the Titan tasting like the big, fat, cigarette that it essentially is. 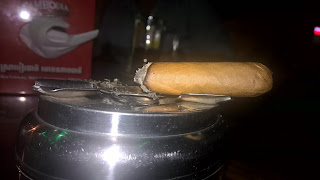 I pushed the rapist aside and jogged with my terrified charge back to the entrance, with the angry baying of the pack echoing behind us. Joey and Mara were screaming at each other, when the distinct clatter of Harley-Davidson engines reverberated through the muggy night air. "THAT'S my brother, and youse two are FUCKED" screamed Mara. Now, Neonazis may be bad, but they confine themselves to smashing shop windows, and attacking lone immigrants in dark alleys. Bikies are the real deal and, with a group of them moments away, Joey and I left the girls, and retreated into Rape Park to hide. Eventually the roaming V-twins were heard rattling back down the highway, and we crept home through the backstreets.

I later found out that Mara, thinking I was about to assault her friend, had in fact called her brother to impart some vicious and prejudicial revenge on me. It's only struck me now that I'm writing it down, but had the group of rapists not roused us from our little recess, we would have been dealing with more than a simple scare.

In the final 3rd the Titan's perfect draw loosens, and I taste and smell kerosene, which quickly gives way to heavy tar and scorched hair. I try to keep smoking, but I wretch and gag with each draw. The Titan has turned into a pulsing rubber fire, and I deem it an unsmokeable abomination, not even worth the pittance I paid for it. Avoid. 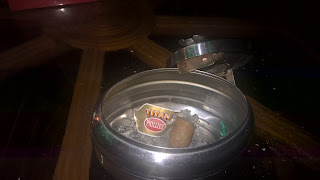