It is a beautiful day in Melbourne's south-east. Warm, some cloud cover, and only the lightest of breezes that barely penetrates the widening cracks in my derelict apartment. As usual I wake alone, sprawled face down on a bare mattress, and stagger foggy-headed to the bathroom. Such is my solitude lately that my toilet is largely decorative, with my waist-height sink long doubling as a place to rest my lewdly pissing dick while I study my face in the mirror. My skin is ashen. Cracks extend from the corners of my yellowing eyes, and greying hairs grow wildly down my sullen muzzle. I force a smile, and see only tarnished teeth amidst a pained scowl, shocking against my bleary countenance. I tuck my still dribbling penis into my trackpants, decide against killing myself for one more day, and head to my humidor. I select a Quai D'Orsay Corona, for its drab band if nothing else, and head off in search of a park. 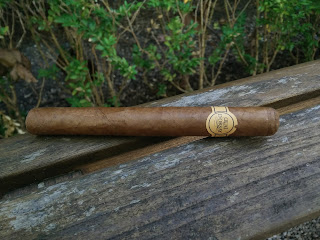 I have always had a penchant for damaged women. Whether caused by misfortune, or deliberate exploitative effort, or perhaps a subconscious projection of my own deficiency, the women with whom I have been intimate have been magnificently, thoroughly, broken. My most broken, and most fondly remembered, was Jade. She was a gorgeous Singaporean princess with ivory skin, delicate features, and one iris that was situated constantly in the inner corner of her eye, giving her a slightly cross-eyed, kind of exciting, totally crazy appearance. Adding to this, during a Britney Spears meltdown, she had completely shaved her head, leaving her either bald, or wearing one of the many wigs she quickly acquired. She was a diplobrat who had settled in Melbourne to study, and had more cash than she could spend. This suited her, because she huffed nitrous-oxide canisters for every waking moment she was at home. By day she would scream at me to scour the city for increasingly suspicious kitchenware suppliers, where I would buy boxes of the canisters at a time. By night, I would try to sneakily dispose of the used canisters for her, but never succeeded in even denting the mountains of used nang tubes that littered her apartment. Dinner plans were postponed for hours (and usually, eventually, cancelled) while she huffed the gas, and I would find myself woken at all hours by the hiss of a canister. She took them as a supposedly non-addictive means of managing her fibromyalgia, but in the process had become hooked to the point of debilitation. And I, guided by my loins, was powerless but to do her bidding.

The Quai D'Orsay starts poorly, with harsh sulfuric smoke and a sharp, ashy, aftertaste. I want to blame the burn on my ham-fisted method of lighting but, since my application of flame is pervasively clumsy, decide it must be the cigar's fault, and let it rest while I open a beer. I am pairing this smoke with a fruity session ale which, though purchased in an effort to not get too maggoted, is already making my head swim. I didn't bother changing out of what I slept in, and my piss-spattered trackies and grubby singlet ward off any park-goers that may seek to disturb my public impudence. I eventually notice the previously blackened foot of the Quai D'Orsay has mellowed into a pearly grey ash, and I chance another puff. Grassy notes, some old leather, with a slight buttery undertone flood my palate, and I remark to nobody in particular that there's hope for it yet. A desperate swig of fruity ale cleanses my palate of any lingering complexity, and I allow the cigar to mellow anew into the midpoint. 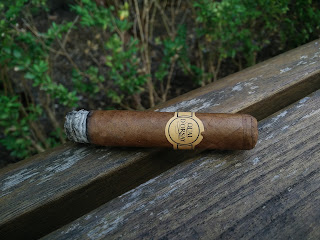 Once, while sleeping as usual at Jade's apartment (she was too suspicious to allow me to sleep at my house), I woke to a blood curdling cracking sound. I sat bolt upright and saw Jade on the floor, mouth agape, but no noise was coming out. Confused, I simply stared at her, until I realised what was wrong. In each hand she held a separate piece of the cream whipper she used to charge her nangs, and suddenly, like a toddler who had just realised its own audience,  started to scream. She had nanged until she blacked out, fallen off the bed, and in the process had broken what was surely her most prized possession. Never in my life have I experienced anybody, child or adult, so inconsolable. She screamed and wailed, in between cursing at me for not "looking out for her". It was 2am, so anywhere that sold the canisters would not be open for hours. I held her like a child while the wailing continued until, as if a switch had been thrown, she stopped. "Davidè", she said, each syllable sharpening under her Singaporean accent. "You need to fuck me. And you need to make it hurt".

At the midpoint my little corona is starting to come very good. There's no real complexity here, but the smooth mid-tobacco has developed a peppery spice, with none of the harshness evident when first lit. I live in an area of Melbourne that has been about 85% gentrified, and the park in which I am indulging is home mostly to young children strolling with their parents. In my self loathing I have consumed beer at an even faster rate than usual, and I loll and lurch on my bench while a voice, presumed to be mine, chatters about the worthlessness of my own being. I drag hard on my cigar, desperate to feel something, and choke the air into my benumbed lungs. I expire with an urgent hacking and, feeling my head spinning while stars dance about in my vision, steady myself against the bench. An older Jewish lady scowls at me, and I drain my beer can under her gaze. The corona, still buoyed from my puerile pull, glows in my excessive ashtray as it angrily fades to the final inches. 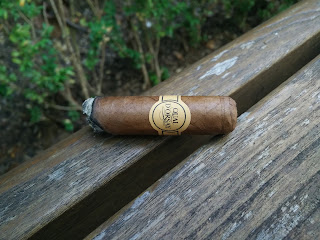 "Hurt me, Davidè", came Jade's almost detached voice, over and over in my ear. "Hurt me. Fuck me and hurt me, I need to feel something". Despite her madness she was a sweet kid and, though the sex could be fairly freaky, I didn't want to hurt her. The sudden 'thwack' sound, followed by a ringing in my ears, then the blinding pain in my jaw, told me things were going to escalate. "FUCKING HURT ME, YOU PIECE OF SHIT" came Jade's now frenzied screaming. "FUCK ME, you pussy. You coward", followed by a crazed clawing at my cock through my underwear. I again refused, and pushed gently at her face, to which she responded by grabbing my nuts in a vice grip. I grunted with the pain and threw my elbows, connecting one of them with her face, knocking her on her back. "Yessss, that's it boy. Now fuck me". I looked at her prone on the bed, balls throbbing under my inexplicably expanding cock. I yanked off her panties, turned her face down on the bed, and entered her dry. "Fuck me properly" came the muffled cries as I slammed into her, feeling the staccato dragging of her dry vagina on my cock. "Harder, make it hurt". I slammed into her as hard as I could. I slapped her, I punched into her cervix, I called her every degrading name I could rally, while Jade, still face down, admonished me. "You pussy, I said to make it hurt!" came her sarcastic, accented English. I saw only one outlet to her demands, and roughly grabbed the crown of her tiny head in my hand. While mashing her face into the mattress I roughly withdrew my cock and, ignoring the blood streaking its sides, aimed it at the tiny crinkle of her arsehole. The bulbous head of my cock wobbled back and forth above its target a few times then, with a thrust of my hips, started its penetration. Jade bucked and thrashed, eventually dislodging my weight from the back of her head and, with a swivel, kicked me in the face. We stared at each other silently, while l I felt my cock deflating slowly against my thigh. "You know I have fibro", uttered Jade tearfully. "What the fuck is wrong with you?"

The peal of children's laughter cuts through my foggy ruminations, and I notice the blackened final inch of the Quai D'Orsay Corona snuffed out in my hand. A sloppy relight brings heavy tar, and I suck the nub until my fingers sear with the ever encroaching coal. It is close to midday, and the park is now busy with families, older couples strolling, and some fresh-faced youths kicking a football around in the sun. I shift my weight to take the final photograph and send empty beer cans tumbling to the trodden patch of dirt where, as far as I'm concerned, they can stay. I haul myself to my feet, spurn the contents of the giant ashtray to the gentle breeze and, in solitude, make my way home. 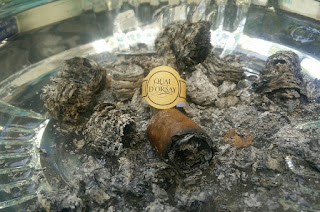