It's a sublime afternoon in Sydney, with the day's heat slowly dissipating with the light breeze as the sunlight dances on the rippled waters of Rozelle Bay. I need to piss, urgently, but there are bouncy lady joggers and children and old people around, and I put a mental clamp on it while I take the initial uncut photos. I have a six-pack of beer and, for now, some time to myself, so my Romeo y Julietta No. 2 might be paired with some mental wandering and painful introspection. I take the cutter to its tip, steel myself against my straining bladder, and set the No. 2 aflame just as the wind picks up. It's immediately ashy and tannic, and I spit noisily between gaps in the timber decking as two lithe and perfumed blondes bounce past me on their afternoon run. 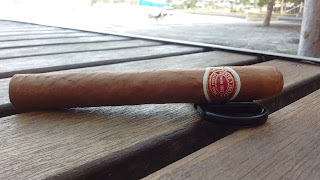 I was instantly attracted to Sandy, with her bright eyed, bubbly blondness contrasting wonderfully with the bleak dramatics of the rest of the mining town. She was a Fly-In, Fly-Out banker who I met at a mutual friend's house one summer evening, and we were almost inseparable for months. Sex didn't feature beyond discussion, but there was an electricity between us that had to be acted upon. We had what I still consider a wonderful and passionate, romance-free, relationship; the end to which will be its sole legacy on these pages.

We were at my house one afternoon, and my housemate wasn't home, and Sandy and I sat awkwardly on my double bed together, alternately kissing and talking. I tried to take off her shirt but she stopped me and, referring to my housemate's potential arrival home, said she didn't want our first time together to be a rushed, high-school dorm affair. I responded by presenting her with my cock which, as a helpful hint to my male readers, works more often than it should. I lay back on the bed with my feet still resting on the floor, and she cradled my expanding shaft, remarking that it was "indeed a nice cock". I wanted to hear that it was indeed a nice, big, thick, cock, but begrudgingly let it slide. I tried again to deblouse her, and succeeded in freeing her breasts, which were huge and pale and lightly freckled on top. She smelled like sweat and light perfume, and I tried to slide her denim skirt down while sucking her nipple, but kept losing leverage and resorted to roughly prodding around the area with my fat fingers. She unhinged me from her breast and, hooking her thumbs into her panty and waistline, slid generously out of her skirt.

The No. 2 is peppery in the first inch, with some tar, over the bitterness of overbrewed tea. My employer has just joined me, and wearily informs me that smoking the cigar in direct wind, as I am, should be punishable by a violent death. I follow him, bladder still straining, to a more sheltered but less secluded deck area that overlooks the bay, and resume my smoking. The cigar has required several relights on the brief walk, but it doesn't suffer too badly for it. My urgency for a toilet induces panic, and I drag my penis from my shorts and, while still seated, stretch it at a grotesque right-angle along my thigh, so it overhangs the edge of the decking. I unleash a torrent of steaming piss into the undergrowth as my employer, appalled, laments the transition of public space. "What was an area where children played and couples jogged", he quips, "is now where degenerates like you fuck and piss and drink". The problem with my current urination plan is that, while allowing me to look fully clothed while urinating from a sitting position, leaves me in quite a bind when my head of piss loses pressure in the waning squirts. I overcome this by clamping the head of my cock so it balloons with urine, then unleashing it in a torrent, the end of which, despite my efforts, coats my thigh. I shrug against renewed admonishment, and notice a sweetness developing as the final inch draws to a close, with notes of sweet, sticky rice with a hint of clove. 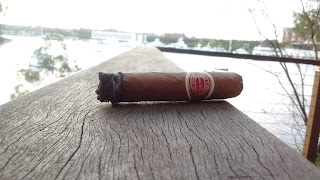 I asked Sandy if we should use a condom, and she responded, as one does when dealing with idiots, with a stupefied "yes". I tried to explain that I did not have a dickload of AIDS, and that condoms were for the bourgeois, 80s-throwback, suburban neofaggotry, but she insisted all the same. I fished one out of my bedside drawer and rolled it angrily onto my cock then, silencing any protest with clumsy tongue kissing, slid my freshly-bagged and rapidly-waning cock into her. She came after around six seconds of clumsy fucking and, through rapid exhalations on the throes of further climax, explained that she came really easily, and not as a result of my ham-hipped thrusting. I have never come especially easily, so made my usual show of alternately fast and slow fucking, while letting my mind stray to whatever disgusting pornographic scene might tip me over the edge. Eventually it started to feel especially good, and I started vigorously pounding into her while saying insightful things like "I'm fucking your pussy". We both looked between our legs in tandem, and let out a harmonious sigh of frustration at the tattered remains of the condom flapping like kelp around my member. I withdrew and rolled onto my back, while Sandy smiled at me through the grubby, mirrored wardrobe near the foot of my bed. She raised one of her legs in the air and, directing my gaze in the reflection, made me note how much I'd "opened her up". I looked in silence as the mirror reflected her exposed arsehole and swollen labia, and above them her grinning face eyeing me, almost perversely, in the background.

Toward the mid point the clove endures, with orange zest over a mild, starchy base. It's too complex for a cigar of this price range and, as if fatefully cued, it fades quickly to mid tobacco and heavy tar. I guess that it has had a tough life under heavy wind and multiple relights, and I forgive its shortcomings. I'm about to blab my musings to my employer when the draw suddenly loosens, and I'm hit with notes of rockmelon and a hint of creme, with some bitter tea marking the back of my palate. The complexity delights me, as does the almost cloying sweetness that now presents with a pineapple tang as the cigar, after another inexplicable relight, burns fitfully toward the final third. 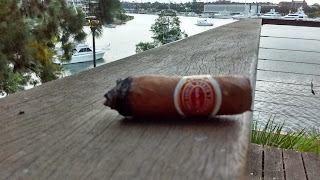 Being a selfish creature, and yet to orgasm, I shifted my position on the bed and coarsely cleared my throat. Sandy smiled, and wearily remarked that it must be my turn, before grabbing a handful of skin at the base of my shaft and dragging it up toward the angry head of my dick. I could feel her rings grip and pinch the tender skin, and once again fatefully looked down. We noticed the blood at the same time, barely visible at the tip, but thickening toward the base of my penis and eventually matting into my pubic hair with the scraps of condom that still clung to the base. I'd fuck-started her period, which I guess is a thing, and Sandy apologised for the mess. She told me to go wash up, adding that "fanny juice wouldn't be a problem to suck on, but blood is just gross". I hit the hallway, naked, on the way to the bathroom, and smashed heavily into my housemate, sending her to the hardwood floor with a coccyx-cracking thud. "WHAT THE FUCK ARE YOU DOING HOME?", I shrilled, the outburst causing my deflating and bloodied noodle to judder below me on its awful descent as Sandy, in my periphery, gestured wildly for restraint. I quickly stepped back into my bedroom, took a breath and, blaming Sandy for my clumsy assault, ordered her out of the house.

I can, now that I'm writing this years later, take a detached and objective view of my conduct, and part of me likes the absurd, darkly comic memory. Still, Sandy, like the other women in these stories, is long gone from my world; her bubble and poise and lewdly splayed legs now contrast only with my dingy solitude and debt and drudging subjection. I miss you, Sandy. My summer evenings will always reek of you.

The Romeo's final third gives me a brief taste of raw hop bitterness over caramel, but the now constant relights are causing a rapid decay into tar and ash. It is awful as it draws to a nub, the bitterness an almost welcome distraction from the heat that blisters my lips and burns my throat. Still, I drown each acrid draw with a draught of ale and, sending my empty beer bottle crashing onto the path below, bid Sydney a lazy goodbye. 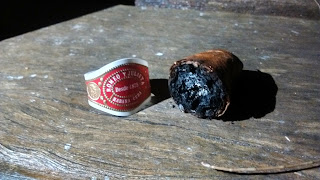