It’s mid-March, but in Melbourne the sun still shines strong, and the afternoons stretch for hours into what by all rights should be the night. This has been a warm autumn, and the mild days are beckoning me to prise a cigar from my plastic tupperware container and alter my senses with drink and leaf. A little mid-afternoon outing is my want, and so I arm myself with a Punch Petit Coronas, my flimsy cigar cutter, a waning cigarette lighter, and a six-pack. I eye my rusting, long-dormant hulk of a bicycle and, holding its left hand grip in my right hand, look out onto my street. It’s time we two friends set off on another adventure. 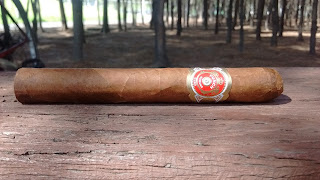 I don’t recall how, but in my much younger years I wound up sleeping with a minor celebrity, named Ruby. She was the singer of a popular pub band called the The Garnet Set that featured all over Melbourne in the 1990s, but maintained that her real claim to fame was being the daughter of a long-serving Neighbours star. She was nice enough, but had an apartment full of giant astrology texts and weird crystals, and wouldn’t plan or, indeed, function, without consulting them. This shit was ridiculous, but nowhere near as problematic and annoying as her ugly, yapping, spoiled, toy poodle named Picnic. The dog was at once fiercely protective but spineless, so simply yapped shrilly and ceaselessly every time we were together. Its behaviour was reinforced by Ruby, who would quieten it with dog treats and cuddling, all while it looked on at me with soulless self-satisfaction plastered over its ugly, absurdly-manicured face.

The little Punch starts sour, like cold dregs of green tea, over light tobacco. I’ve traveled by bicycle to a park in Melbourne’s Docklands, and have found a secluded little alcove of dying tea trees and old cyclone fencing in which to smoke. Every now and then the same resident in the overlooking apartments comes out and, pacing around his balcony, surveys my activities. I’m pairing the cigar with a lazy, inoffensive, pale ale, and I’m wondering if it’s the smoking or the drinking that’s got the resident so agitated. The hop balance in the beer is perfect, but I’m regretting not going with something a bit more strong or complex, because I’m getting very little from the cigar. Only toward the midpoint does the tobacco strengthen, and with it comes the earthy notes of charred meat over an open fire. 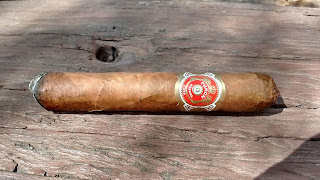 We had extremely boring and predictable sex, which would begin with me kissing Ruby’s neck while she, ever emphasising her misplaced celebrity, would say ludicrous things like “ooooh Neighbours would be cancelled if this got out”. Her surrogate sense of fame was strange, especially considering she had her own small musical fanbase, which was at least earned, unlike her proximal relationship to some soap-opera nobody. By far the worst thing about the sex was Picnic, who would whine and yap in protest throughout, sometimes even pissing on or destroying things (I quickly learned to hang up my clothes). He would invariably end up between my legs as I hammered into his mistress, where I’d feel his hot, frenzied yapping on my vulnerably swinging ballsack, until eventually fear of castration would have me retreating, loins aflame, to my car.


Beyond the midpoint the Punch becomes much better, with a comforting touch of chlorine over pepper and fryer oil. I wait until the resident retreats from his recon and, taking a knee behind my park bench, flood the dry earth with hot piss. It cascades toward the bench where my bag is sitting, and I must stem the flow and throw my belongings clear. The Punch goes out during my clownish manoeuvre, and a relight brings back the same bland, mid-tobacco. I wish there were more to this cigar but, given the pittance I paid for it, I’m mostly happy that it’s not too bad. I’ve been deliberately drawing on it deeply and often, and I’m hit with a stinging throb behind my eyeballs as the nicotine hits. 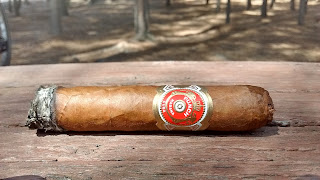 One afternoon Ruby and I found ourselves in an uncharacteristically energetic sexual exchange on her bed. She moaned comically while screaming to be fucked harder, while Picnic yelped and skated around the apartment, and the neighbours beat the walls and yelled for silence. It was a complex and awful cacophony, but I was enjoying the turn our usually dull coitus had taken. Eventually I felt the soft thud of manicured paws creeping toward me on the bed, my hanging sack presenting too temping a target from its usual missionary post. The yapping intensified, and I muttered “the fucking dog’s between my legs again”, at which Ruby, in the throes of pleasure, let out a booming “FUCK OFF, PICNIC”. I felt bolstered by this alliance and, withdrawing from the writhing Ruby, lay on my side and lashed out at the pampered little shit with my legs. I’d meant only to scare the dog away, but my kick connected with its spongy ribs and sent it flying off the bed, tumbling grotesquely on its head, before crashing into Ruby’s antique bureau. Ruby let out a blood-curdling shriek and, dislodging me with a throw of her elbows, went to cradle Picnic’s still body while I, with trademark cowardice, bolted for the door.


As the Punch ends the wrapper comes apart, and I’m hit with heavy tar and strong tobacco. Nubbing it requires me to pinch the Punch between the forefinger and thumb of each hand while taking delicate little sucks, until my burning lips force me to give in. There was nothing wholly offensive about this little sucker. If you’re after a nicotine hit and only have an hour, go for it, but these guys are not for serious smoking. My residential overwatch looks on sadly as I, scattering the empty beer bottles and other detritus around the park, mount my old bicycle and wobble off into the afternoon. See you in 2017. 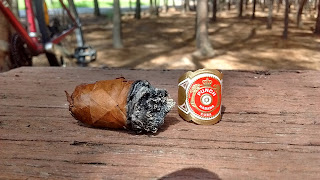